Ships That Sail Through the Clouds: Meet Luigi Prina, the 83-Year-Old Builder of Flying Model Ships 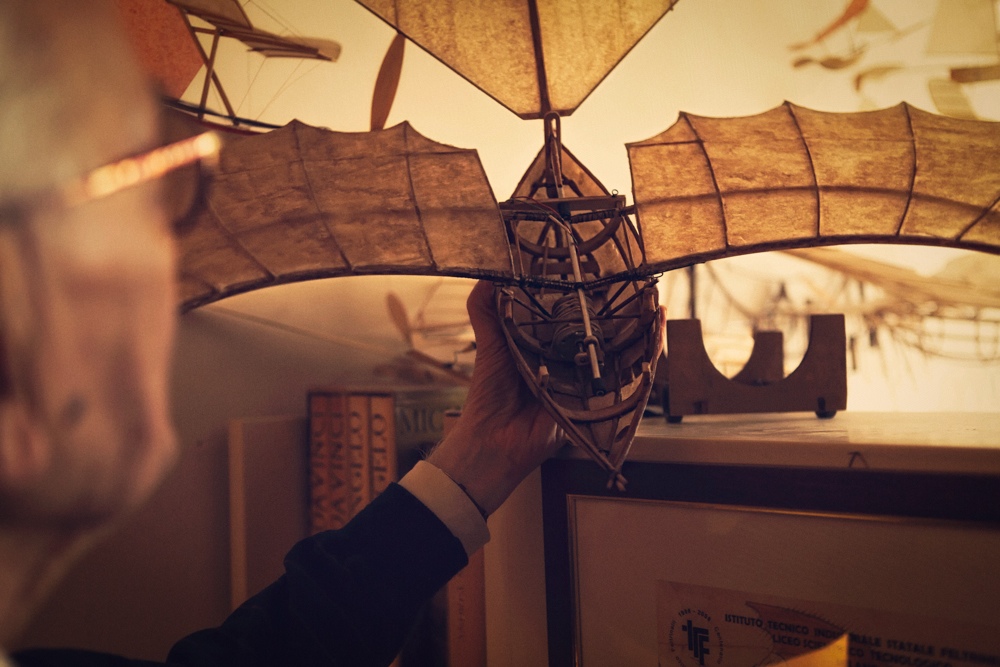 When he was just 16 years old Luigi Prina entered and won a national aircraft modeling competition. When he went to collect the prize money the organizers asked the boy why his father couldn’t come and collect it himself. Nearly fifty years later the now successful architect met a painter and boat builder named Eugenio Tomiolo and while they were talking made a bet that perhaps Prina could take one of his small model ships and make it fly like an airplane. Tomolio accepted and it wasn’t long before a small flying boat was whirring in circles around his small studio that coincidentally had clouds painted on the ceiling. A new passion was born and Prina has since dedicated nearly 20 years of his later life to building flying model boats, bicycles and other unconventional aircraft.

The folks over at Blinking City along with photographer Gianluca Giannone recently sat down with the model building for this beatiful photo essay and video. (thnx, Andrea!)